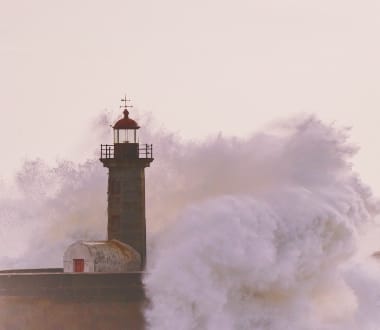 The myth that we can’t is the worst of all.

The diagnosis of mental illness is the most dangerous time for many of us. Overwhelmed by fear, confusion and the numbing effect of over-medication, we are vulnerable to messages that can have long-term negative consequences. It was during my first months after diagnosis that I fell victim to the messages that perpetuate the myth that we cannot change our condition.

As I was trying to make sense of what was happening to me, I was given a list of the most offensive comments anyone could say to the mentally ill. I’m sure you’ve heard of at least some of them. Examples include: “snap out of it,” “you can do anything you want to if you just set your mind to it,” “get a grip,” and the supposedly worst one of all, “pull yourself up by your bootstraps.”

While those who rail against such statements are well-intentioned, the result is quite the opposite. Rather than encouraging those with mental conditions, the implied meaning that we can’t rise above a certain level of mediocrity only feeds self-loathing, low self-esteem and the feeling that we can’t change our lives.

I bought into the list so much that it took many years to realize that the very ones who are offended by the suggestion of  “pulling yourself up by your bootstraps” are the ones doing the most harm. Encouraging people to see themselves as unable to do anything about their condition actually robs them of a better, more fulfilling life.

Rallying behind the myths are many who use the illness as the excuse to not make an effort to improve their situation. So offended are they by the mere suggestion that they can take responsibility for their condition, they rail against anyone who challenges them. All the while the subtle poison sneaks its way into our subconscious and we begin to believe there is no hope of excelling in any area of life.

Even though I have never used the phrases up until now, I am often told that I am in reality telling people to “snap out of it” or to “pull yourself up by your bootstraps.” It is always done in a manner that includes a comment like, “I know you don’t really mean that.” When did encouraging people to strive for a better life become so evil and offensive?

So far I have backed away from hostile confrontations, but it is past time to challenge them. If we allow the myth of “no we can’t” to continue to prey on the vulnerable, they will not do the work needed to change their situation. If they do not do the hard work of facing their condition and doing something about it, they will continue to suffer needlessly. If they don’t learn to “pull ourselves up by the bootstraps” they will remain in disorder for the rest of their lives.

While I agree that the ability to instantly “get a grip” or “snap out of it” is an advanced skill beyond most people’s current capacity, we can all accomplish much more than we thought possible if we “set our minds to it” and do the long, hard work of “pulling ourselves up by the bootstraps.” Believing that it is possible is the first step to making it happen.

When accused of saying, “Pull yourself up by your bootstraps,” my initial thought is, “Yes, you should.” However, I am hesitant to go there because of the myth of our incapability and the offense taken by the mere suggestion that they are wrong. Yet, both the myth and the truth need to be addressed.

I am wondering if the readers here can help me come up with a way to do it. How do we stand up to those who perpetuate the myth without making them even more hostile? Do you have a suggestion that I might try?