The Elephant In The Bipolar Room 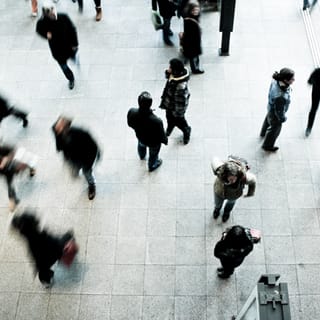 The "dis-abled"argument is central to bipolar disorder.

Stigma, medication, treatment options, recovery, patient rights, and physiological basis are some of the most discussed topics regarding bipolar. There are, of course, many other interesting aspects to debate, but it is hard to find any discussions about bipolar that do not include one or more of these central topics. While it has been very healthy to debate all of them, there is an underlying assumption that must be addressed too.

The paradigm that all of the above topics are based on is that we are incapable of remaining in control when mania and depression reach a certain intensity. We are therefore not responsible for our behaviors when manic or depressed. Because it is not possible in those states to choose better ones. This creates the goal of removing bipolar from our lives (at least at higher intensities) and the debate is about how it is best done. Much of the debate about medication, for example, is about alternative methods to achieve the same goal of reducing intensities of mania and depression.

But, what if we could be highly functional while manic or depressed?

This idea has so many repercussions that people are afraid to even think about it. Consider what is at stake: If we cannot choose how to respond to the different states because it is impossible for anyone to, in-ability becomes central to the arguments in each of the above topics. If anyone can choose, the impossibility argument is removed and the discussion becomes either how to function in mania and depression or why some cannot.

Accepting that it may be possible would affect the lives of those debating bipolar in a profound way. The "dis-abled" argument is so central to bipolar disorder that many people are unwilling to even consider the possibility that it may be wrong. What might be different if we could all learn to choose our behaviors during intense states of mania and depression as some of us have?

Bipolar people might be held accountable for their behaviors at all times. Many might lose their primary excuse for alienating friends and family or losing their jobs. Many might lose their housing and other forms of government support. Many might see it as having everything to lose and nothing to gain but the burden of trying to control themselves in states that have so far proven impossible. It is hard to see any upside from that point of view, so it is easy to see why they would be very resistant to considering the possibility and even angry that one would bring it up.

Providers of services for bipolar people might be faced with a completely different kind of accountability. People might choose providers based on ability to help them become functional in both mania and depression instead of removing bipolar from their lives. Those that cling to the illness model might fall out of favor and could even lose their livelihoods. Anyone with income related to bipolar could be affected, whether they were psychiatrists, therapists, non-profit employees, government workers, peer supporters, and others.

The stigma issue might be upended. The illness model that says we are incapable of choosing behaviors provides a clear argument against stigma, yet adds to the stigma in suggesting that bipolar people are incapable of being accountable for their actions. Stigma could be rolled into a much broader discussion about each person's responsibility to behave as a member of society.

Pharmaceutical companies might take a huge hit financially. Psych meds are promoted as the critical tools for reducing mania and depression, but we would not need to remove or moderate manias or depressions if we were highly functional while experiencing them. Usage of medicine may not go away completely, but the number of people taking multiple drugs on a daily basis for the rest of their lives would certainly go down.

Treatment options might open up. Some existing ones might be found effective for only some stages of bipolar disorder, while new ones that prove more effective at helping people to achieve Bipolar IN Order might flourish.

Recovery might no longer be the end goal of treatment.

It might be seen instead as a starting point toward better results as detailed in the concepts of Bipolar IN Order.

Patients rights would be commensurate with patients behaviors. When people take responsibility for their behavior they will no longer be seen as patients.

The search for a physiological basis for bipolar might take a new direction. Bipolar disorder might be seen as a behavioral issue while physiological factors are seen as influencing the way we think and act, but not the overriding cause that cannot be overcome. Those who use the physiological elements as proof of disorder would lose a critical part of their argument. Who knows, they might even figure out why other people cannot experience the states we do.

These are just a few of the major ramifications to such a huge shift in the bipolar paradigm. With so much at stake it is no wonder there is tremendous resistance to even considering the possibility that people with bipolar could choose better responses to both intense manias and deep depressions. Too many people are frightened about what that could mean in their own lives. Being held responsible for our thoughts and actions is too much to bear when the dis-ability paradigm has excused our behaviors for so long.

What would change in your life if bipolar people were expected to learn how to behave while manic and depressed? Do the risks influence your willingness to consider that it might be possible? Are you attached to the idea that it is not?

Please share your thoughts in the discussion below. This is an important topic that needs to be talked about.