What Are Some of the Positives About Having Experienced Bouts of Depression? 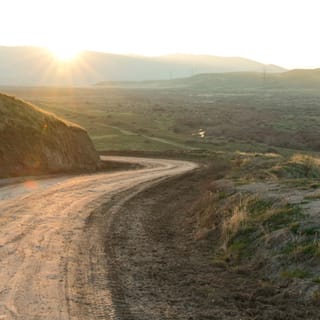 Depression in self-mastery is often seen as a rich spiritual experience.

A recent question on our Depression and Bipolar Advantage LinkedIN Group brings up a point that needs to be addressed if we are to fully understand depression: What are some of the positives about having experienced bouts of depression? Since most people assume there are none, it is important to put it in perspective. 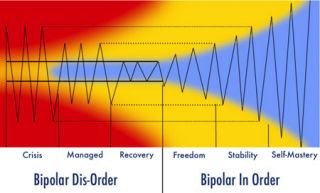 For someone in the Crisis Stage the only positive may be that the person knows that he/she has survived before. This can literally mean the difference between life and death. It would be counterproductive to ask if there are any positives while one is in crisis.

Someone in Managed Stage may have the understanding and tool skills to keep the episode from escalating out of control. The previous episodes will be seen as learning experiences that brought at least some insight into the equation. Most people in managed stage only mention positives in past episodes and not during a heightened level of intensity. They generally do not see value during the experience, only in what they have gained by having been through it.

In Recovery Stage, people often wrongly believe that they are free from ever having to face another episode. Their inability to see value in the experience leads to a fear of it ever coming back. They often say the only thing positive is that they will never be in crisis again. Unfortunately, recovery has been proven by the National Institute of Mental Health to be a temporary condition; those who believe otherwise are often poorly prepared for the next episode.

Stability Stage is where the value of depression is self-evident. When you no longer suffer from the experience and can function even in the deeper states, you begin to understand something that those in disorder cannot comprehend. You understand that there is a huge difference between the experience of pain and suffering from it. This insight affects the rest of your life and is clearly seen as a positive both during and after each episode.

For most people in Stability Stage, functioning in depression is seen as the key to being able to function in mania. There are a plethora of positives once you reach Stability Stage. It is much more difficult to find negatives in the experience.

Self-Mastery Stage is where one understands that all experiences are equally beautiful and valuable. Even depressions that are much deeper than those once causing crisis are seen as so positive that you cannot imagine life without them. This is so far beyond the comprehension of those in disorder that they become upset about it. They prefer to delude themselves (and others) into thinking that their limited understanding is all that is possible. It is unfortunate because their lives would be immeasurably improved if they listened to those in Self-Mastery instead of those still in disorder. It is not an easy path, but we can show you how to get there.

Depression in Self-Mastery is often seen as a rich spiritual experience. There are countless examples throughout the various faiths in the world. For example, Milarepa used emotional pain as a path to enlightenment, while Saint Teresa of Avila said "The pain is still there. It bothers me so little now that I feel the Lord is served by it."

What are some of the positives about having experienced bouts of depression? Do you notice the past tense in the question? It takes someone IN Order to see the positives during intense depressive times. What positives have you found related to depression?